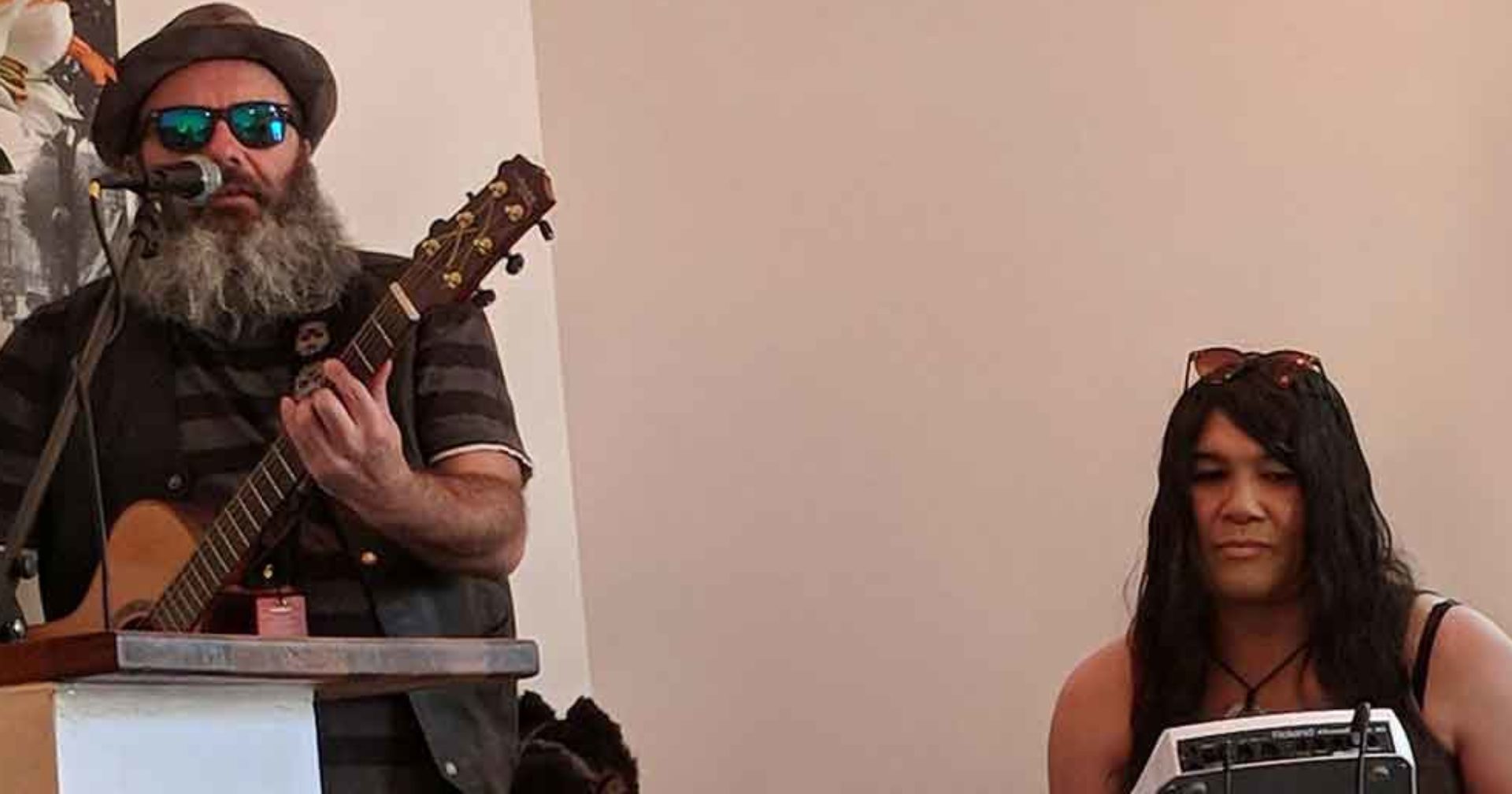 Steve and Vanessa are the two halves of The Spirits. Steve does music and words, Vanessa does beats and production. Vanessa spent her youth bouncing around the Hacienda or dancing all night in derelict warehouses. Hopefully some of the beats she heard there can be heard in their songs. Steve was more into punk and poetry. Hopefully that gets into his lyrics and his guitar.

They play a folky, punky fusion of many influences from Bob Dylan to the Stone Roses and Easy Listening and with loads of electrics – the Cajon goes through a Roland El Cajon, and the Guitar goes through the Line 6 M13. Occasionally they use the darabuka and a harmonica.

Their songs are full of quirky and playful observations on contemporary life: such as awful bosses (Ubermensch), awful customers (Psycho Punter), and awful exes (Goodbye), but also awesome companions (Mashed Potatos), awesome nature (Far From Livid London) and awesome futures (I Am Not Done Yet).

In 2018 they played a handful of festivals such as Brighton Pride, the Collusion Grow Words and Music Festival and the North Finchley Music Festival.